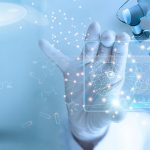 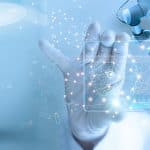 Robots and robotics, the two ambiguous terms, have gained more traction after the onset of the COVID-19 crisis. From automating the industry chains to monitoring the public crowd, the resourcefulness in the pandemic is undeniable. Before that, robots have already worked in environments or job lines that are deemed hostile or beyond the basic scope of humans. In short, they have always been there in our hard times and have enabled us to move towards a digitally enhanced future.

During this global health emergency, robots have helped us either by carrying health samples, distributing ration, test kits, sanitizing public spaces, conducting surveillance, and many more lifesaving acts. Denmark-based Blue Ocean Robotics has developed an autonomous mobile robot that can enter a room and disinfect it with UV-C light, without exposing medical co-workers to the potentially harmful radiations. ABB’s dual-arm mobile YuMi robot can move its way around people using attached sensors. Its functions include deploying medicines, bed linens to patients, etc.

The adoption of robotics in the pharmaceuticals and drug discovery is expected to grow from US$2.05 billion in 2019 to US$4.87 billion in 2023, growing at a CAGR of 18.9 percent. Now, robots are ready to help the healthcare industry by assisting in drug discovery too. Although robotics and robots in pharmaceuticals is not a new topic, the coronavirus pandemic has pushed for the mainstream usage of the same in this industry.

Berkeley University is using robotics to leverage its pop-up testing lab. An automated liquid-handling robot analyzes swabs from patients and to diagnose them for COVID-19. Andrew+ a pipetting robot, from Andrew Alliance S.A., a Geneva, Switzerland-based company, can help to carry out repetitive manual experiments and tasks. All these robots have been helpful to humankind to fight against COVID-19 while allowing them to maintain social distancing. In July, Insilico Medicine, a biotechnology company developing an end-to-end drug discovery pipeline utilizing next-generation artificial intelligence, had announced a partnership with Arctoris, the world’s first fully automated drug discovery platform. The objective of this partnership is to discover, synthesize, and profile a set of inhibitors for COVID-19 treatment.

The process of discovering any new drug that can cure a disease is like finding a needle in a haystack. Further, it is an incredibly expensive, arduous, and time-consuming solution. The conventional pipeline for discovering new drugs can take between five and ten years from the concept stage to being released to the market, costing billions in the process. The pharmaceutical industry is increasingly making use of robotics to automate specific processes into drug development. This includes drug screening, anti-counterfeiting, and manufacturing tasks. Along with Artificial Intelligence and machine learning, it can help ramp up the speed of drug discovery.

Besides, most of the tests performed in laboratories regarding research and development of drugs typically require conducting rote tasks like moving fluids and transferring them into test tubes. Swiss multinational pharmaceutical company Novartis notes that earlier running samples by hand had a potential output of around 30-40 per day, where after upgrading to automated robotic systems, the output has increased to hundreds of thousands per day. Today, processes such as nuclear magnetic resonance (NMR), mass spectrometry, high-throughput screening (HTS), cell culturing, and high-performance liquid chromatography (HPLC) can be carried out by robotic arms. Meanwhile, for liquid dispensing, Sygnature uses the Labcyte Echo acoustic dispensers to prepare assay test plates using nano-liter volumes of compound solutions. In this way, robots make an ideal choice for such jobs since they are easy to automate and provide a high level of accuracy and consistency.

The biggest advantage of harnessing this technology is that robotics minimizes the risk of human contamination. Due to their ability to accommodate a wide range of products that require constant modifications, robots are used as integrators and tool changers in configured reactions. Moreover, they are employed (e.g., barcode scanning bots) to identify counterfeit drugs and medication. Apart from that, with the introduction of robots in laboratory automation system sizes can be reduced as guarding is eliminated.

So, one can observe how robotics and robots have impacted the drug discovery, development process in the healthcare industry. These technical applications of modern disruptive technologies have greatly enhanced the ability to explore and identify new drug candidates. And, COVID-19 gave the pharmaceutical sector the much-needed push. Soon scientists, hunched over Petri dishes, trying to extract new compounds with possible medical uses, and conducting research and analysis by hand will become a memory of previous decades. A new era is awaited to bring a monumental change.

The post How Robots And Robotics are Powering the Drug Discovery Processes? appeared first on Analytics Insight.

The EU AI Act: Regulating the future of artificial intelligence

Interpolation vs extrapolation: How to forecast the future?