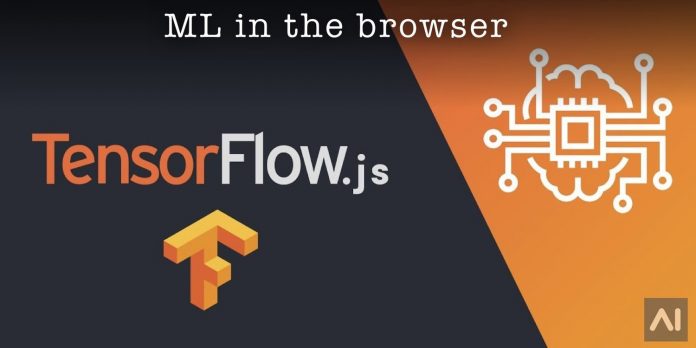 Google releases and showcases TensorFlow.js at the TensorFlow Dev Summit 2018. Machine learning in the browser has never been better. Here is the presentation:

All right, hi everyone thanks for coming today. My name is Daniel, my name is Nikhil. We’re from the Google brain team and today we’re delighted to talk about JavaScript. So, Python has been one of the mainstream languages for scientific computing and it’s been like that for a while and there’s a lot of tools and libraries around Python but it’s that where it ends. We’re here today to take the job to convince you that JavaScript and the browser have a lot to offer and the TensorFlow playground is a great example of that. Curious, how many people have seen TensorFlow playground before?

Oh wow, quite a few. I’m very glad. So, for those of you that haven’t seen it you can check it out after our talk at https://playground.tensorflow.org – it is an in-browser visualization of a small
neural network and it shows in real time all the internals of the network as it’s training and this was a lot of fun to make and had a huge educational success.

We’ve been getting emails from high schools and universities that have been using this to teach students about machine learning. After we launched playground we were wondering why was it
so successful and we think one big reason was that it was in the browser and the browser is this unique platform where with the things you build you can share with anyone with just a link and those people that open your app, don’t have to install any drivers or any software it just works.

Another thing is it’s the browser is highly interactive and so the user is going to be engaged with whatever you’re building. Another big thing is that browsers, we didn’t take advantage of
this in the playground, but browsers have access to sensors like the microphone and the camera and the accelerometer and all of these sensors are behind standardized APIs that work on all
browsers, and the last thing, the most important thing, is the data that comes from these
sensors doesn’t ever have to leave the client, you don’t have to upload anything to the server, which preserves privacy.

Now the playground that we built is powered by a small neural network 300 lines of vanilla JavaScript that we wrote as a one-off library. It doesn’t scale, is just simple for loops and it
wasn’t engineered to be reusable. But it was clear to us that if we were to open the door to for people to merge machine learning and the browser we had to build a library and we did it.

So one example is the style transfer. Another person ported the character RNN and then built a novel interface that allows you to explore all the different possible endings of a sentence, all
generated by the model in real time.

You can imagine other types of applications of this. Like make a browser extension that lets you control the page for accessibility purposes so again all this code is online please go for kit and play and make something else with it okay Daniel I know this is fine I know .all right