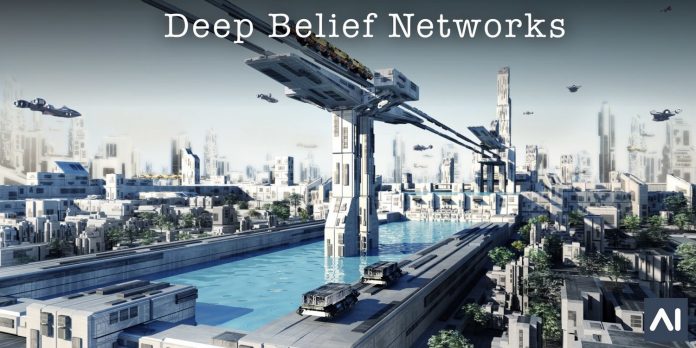 In machine learning, a deep belief network (DBN) is a generative graphical model, or alternatively a class of deep neural network, composed of multiple layers of latent variables (“hidden units”), with connections between the layers but not between units within each layer.

When trained on a set of examples without supervision, a DBN can learn to probabilistically reconstruct its inputs. The layers then act as feature detectors. After this learning step, a DBN can be further trained with supervision to perform classification.

DBNs can be viewed as a composition of simple, unsupervised networks such as restricted Boltzmann machines (RBMs) or autoencoders, where each sub-network’s hidden layer serves as the visible layer for the next. An RBM is an undirected, generative energy-based model with a “visible” input layer and a hidden layer and connections between but not within layers. This composition leads to a fast, layer-by-layer unsupervised training procedure, where contrastive divergence is applied to each sub-network in turn, starting from the “lowest” pair of layers (the lowest visible layer is a training set).

An RBM can extract features and reconstruct input data, but it still lacks the ability to combat the vanishing gradient. However, through a clever combination of several stacked RBMs and a classifier, you can form a neural net that can solve the problem. This net is known as a Deep Belief Network. More videos from the “Deep Learning Simplified” series …

The observation that DBNs can be trained greedily, one layer at a time, led to one of the first effective deep learning algorithms.[4]:6 Overall, there are many attractive implementations and uses of DBNs in real-life applications and scenarios (e.g., electroencephalography, drug discovery).