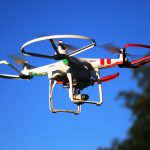 Urban city planning is changing and Drones have a decisive role to play. Technology has moved beyond the traditional techniques which were commonly used legacy city planning process. These methods cantered around data collection, analysis and tedious fieldwork. The toughest challenge revolved around the data collection process, where the authenticity of data was always a question. The modern sustainability goals gradually empower cities to go for urban planning and expansion with limited resources. This leaves the need for data-driven decision-making becoming more imperative.

This is where city planners, policymakers are finding the potential of UAVs or Unmanned Aerial Vehicles or Drones to transform the planning and design industry. Here is how the UAV drone technology will reshape the future of Urban Planning-

Without the application of drones, it becomes increasingly difficult, requiring a lot of manpower, time, and involving costs. Drones are deployed to gather massive amounts of data in a short period, powered by AI processing or machine learning that builds real-time statistical analysis at a much lower price point.

The solution likes in high-resolution cameras attached to drones, which can map out complex areas of urban or rural terrain in a faster, cheaper and safer mode than ever before. Besides, developments in VR, complex 3D space scanners (e.g. LiDAR) and photograph meshing have great potential with the complimentary use of UAVs.

Urban planning translates to massive development in the cities, the rise of skyscrapers and beyond selling residential real estate. This makes way for 3D cameras fitted to drones to be used for generating high resolution, realistic visualisations of potential developments.

The widespread availability of AR on consumer devices lets these images to be transformed into effective public engagement tools. 3D Visualisation has assumed new dimensions, and buildings blueprints can be easily superimposed into the surroundings which would provide a mid-way to top-down satellite imagery, and 3D models.

Aid in the Public Participation Process

Perhaps the most powerful use of drone technology will be redefining it as a tool for both city and community that would aid in the public participation process. UAV drone imagery can help to bridge the gap between 2D, temporally-devoid satellite imagery and the more prosaic ground-based conventional camera.

Drones equipped with LiDAR (Light Detection and Ranging) scanners are reproducing 3D representations of natural and built environments that come with precise  accuracy, like Autodesk’s 123D Catch that allows drone imagery to be stitched together to create a photo-realistic 3D model.

Drone imaginary is used for traffic planning, with an aim to mitigate the impact of new development on the surrounding areas. UAV drone technology paves way for more precise city planning models to be built, either around people, vehicles taking environmental factors like air circulation and rains into consideration. These models let landscape architects and planners to analyse social and environmental conditions.

In the times to come, it’s inevitable that UAV drones will become a vital part of an urban planner’s toolkit. Data collection, analysis and visualization will take on new heights becoming, more accurate and accessible than ever before, subsequently re-shaping the way in which modern cities are built. There are a wide range of applications which are being explored, and the impact of drone technology on urban planning is surely an exciting one.

The post Capitalizing on UAV Drone Technology for the Future of Urban Planning appeared first on Analytics Insight.