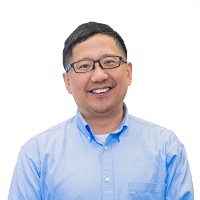 In this special guest feature, Charles Fan, CEO of MemVerge, believes that in the years ahead, the data universe will continue to expand, and the new normal will be real-time analytics and AI/ML integrated into mainstream business apps … but only if in-memory computing infrastructure can keep pace. Prior to MemVerge, Charles was CTO of Cheetah Mobile, leading its technology teams in AI, big data and cloud. Charles received his Ph.D. and M.S. in Electrical Engineering from the California Institute of Technology, and his B.E. in Electrical Engineering from The Cooper Union.

As data sets grow, business is calling for faster analysis, which leads to the need for augmented intelligence. According to the 2019 Artificial Intelligence Index report, 58% of large companies surveyed report adopting AI in at least one function or business unit in 2019, up from 47% in 2018.

Social media facial recognition, fraud detection, and retail recommendation engines are just a few examples of applications that rely on real-time analytics and AI/ML working together. The technologies produce a super-human ability to almost instantly analyze vast amounts of data and make decisions. But for each of these applications, providers are challenged with maintaining response times and business continuity as their data sets explode in size, even when using powerful in-memory computing systems.

In-memory computing was invented a decade ago to provide the performance needed by real-time analytics and AI/ML applications accessing hundreds of gigabytes of memory per server. But driven by the growth of data, today’s applications need to provide instantaneous response after working on hundreds of terabytes of data, and that’s where in-memory computing infrastructure is breaking down. DGM. Data is greater than memory.

Another problem emerged as memory capacity scaled-up. The blast zone for crashes grew to hundreds of gigabytes and enterprise-class protection for volatile memory simply did not exist. Recovery from crashes remains a painfully complex and time-consuming process. One financial services organization recently disrupted business for 3 hours to restore 500 gigabytes of data from storage to memory after a crash.

Big Memory. Where Memory is Abundant, Persistent and Highly Available

This new category of IT consists of DRAM and PMEM memory, plus a layer of Big Memory software that virtualizes the DRAM and PMEM. Together they create a platform for enterprise-class data services and massive pools of memory called memory lakes.

1. PMEM enables more memory. A key to putting the “Big” in Big Memory is the recent availability of high-density and affordable persistent memory (PMEM). PMEM 512GB DIMM modules offer 50% more capacity than the largest 256GB DRAM DIMMs, at one third to one fourth the cost per gigabyte.

2. PMEM transforms memory from volatile to persistent. Although not quite as fast as DRAM, PMEM promises the magical ability to keep the data intact for lightning fast in-memory start-up and recovery.

In the years ahead, the data universe will continue to expand, and the new normal will be real-time analytics and AI/ML integrated into mainstream business apps … but only if in-memory computing infrastructure can keep pace. Therefore the bottom line is that Big Memory Computing–where memory is abundant, persistent, and highly-available–will succeed to unleash Big (real-time) Data.

From Age-Gating to Chapter Indexing – How YouTube Uses AI