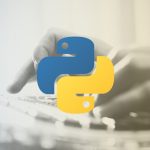 Python is known as the beginner’s level programming language because of its simplicity and easiness, its programming syntax is simple to learn and is of high level compared to C, Java, and C++.

Pytorch is an open source library, it basically a replacement of Numpy. PyTorch comes with higher-level functionality useful for building a deep neural network. Data Science professionals still can use other languages such as scipy, Cython, and numpy which help to extend PyTorch when required. Pytorch is used by many organizations including Facebook, Twitter, Nvidia, Uber for rapid prototyping in research and to train deep learning models.

Arrow is a human-friendly Python library which offers features like manipulating, creating and formatting converting dates, times, and timestamps. It supports Python 2 and 3 and it is an alternative of DateTime facilitating rich features with a nicer interface.

This is one of the most useful python tools, offering a rich architecture to it user. With IPython, users can write and execute python codes in their browser. Ipython works on several operating systems including Windows, Mac OS X, Linux and most other Unix OS. Ipython lets users more functions that include help function, advanced editing etc.

Tensor flow is an open-source machine learning python library created by the Google Brain Team. Tensor flow library is used to develop, train and design deep learning models, and can be used to do numerical computations. Tensor flow is an alternative of Theano, which can run on mobile devices, single CPU system and on GPU too.

Caffe2
Caffe2 is the attempt to bring Caffe framework to the modern world. It supports distributed training, deployment even in mobile platforms. While PyTorch may be better for research, Caffe2 is suitable for large scale deployments as seen on Facebook.

Scrappy is a widely used Python web scraping library. Scrappy is used for creating crawling programs, initially, ands was designed for scraping, like its name indicates. Now it used for multiple purposes that include data mining, automated testing, etc. scrapy is open-source and must have library.

Requests is one of the famous Python libraries which is licensed under Apache2 and written in Python. This library helps users to interact with multiple languages. With Request library, users can string manually to their URL’s. They can send HTTP request to server using Request library and can add form data, content like header, multi-part files, etc.

Zappa is one of best python package which is created by Miserlou, it so easy to build and implement server-less application on API Gateway and Amazon Web Services Lambda. Since AWS handling the horizontal scaling automatically, so no request going to be time out. With Zappa, you can update your code in a single line with Zappa.

FlashText is a better alternative, whose beauty includes that its runtime is the same no matter how many search terms the user has, in contrast with regexp in which the runtime will increase almost linearly with the number of terms.

Fire is an open-source library which can automatically generate a command line (CLI) for any Python project. Users almost don’t need to write any code or docstrings to build their CLI! They only need to call a Fire method and pass it whatever they want to be turned into a CLI: a function, an object, a class, a dictionary, or even pass no arguments at all, which will turn the entire code into a CLI.

The post Top 10 Python Libraries that Every Data Scientist Must Know appeared first on Analytics Insight.