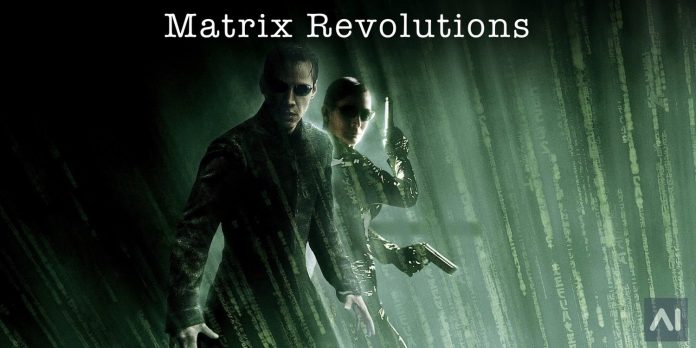 The Matrix Revolutions is a 2003 science fiction action film written and directed by the Wachowski Brothers. It was the third instalment of The Matrix trilogy. While it is the final film in the series, the Matrix storyline is continued in The Matrix Online.

Neo discovers that somehow he is able to use his powers in the real world too and that his mind can be freed from his body, as a result of which he finds himself trapped on a train station between the Matrix and the Real World. Meanwhile, Zion is preparing for the oncoming war with the machines with very little chances of survival. Neo’s associates set out to free him from The Merovingian since it’s believed that he is the One who will end the war between humans and the machines. What they do not know is that there is a threat from a third party, someone who has plans to destroy both the worlds. [Soumitra]