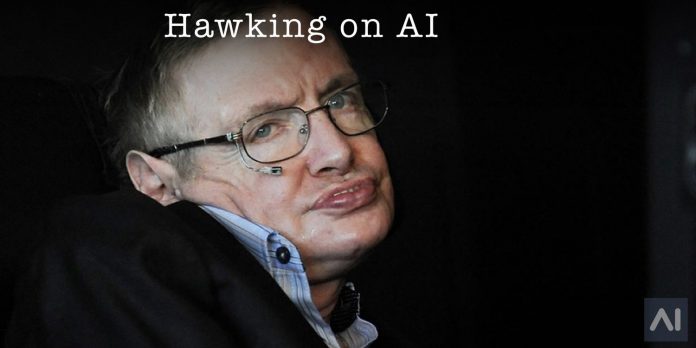 Today Stephen Hawking started his journey towards the nearest black hole and in memory of him and his prominent views on AI and it’s future I collected these videos, facts, quotes and more for you.

Prof Stephen Hawking, one of Britain’s pre-eminent scientists, has said that efforts to create thinking machines pose a threat to our very existence.

His warning came in response to a question about a revamp of the technology he uses to communicate, which involves a basic form of AI.

The theoretical physicist, who has the motor neurone disease amyotrophic lateral sclerosis (ALS), is using a new system developed by Intel to speak.

Machine learning experts from the British company Swiftkey were also involved in its creation. Their technology, already employed as a smartphone keyboard app, learns how the professor thinks and suggests the words he might want to use next.

Prof Hawking says the primitive forms of artificial intelligence developed so far have already proved very useful, but he fears the consequences of creating something that can match or surpass humans.