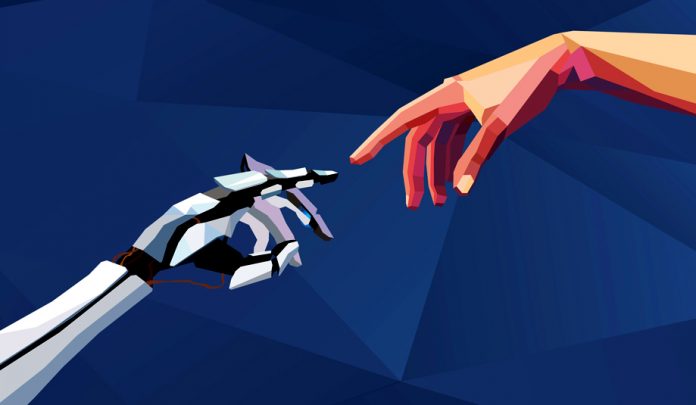 The evolution of new technologies, especially the persistent advancements of artificial intelligence, has changed the way we live and work. Today, we have surrounded by technology and even rely on its capability. Robotics, in this way, emerges as an effective solution, redefining our preferences and shaping the future of industrial settings. With lower prices of sensors and electronics, and a steady demand for efficiency, robots are impacting every walk of life and could be paving the way for a coming robot revolution. In fact, it is already here and set to transform the world in some ways. Think the adoption of autonomous cars, drone delivery and chatbots.

When it comes to modern day robots, we can see the rapid development of robotics systems, from quadrupedal machines to collaborative robots (Cobots) and humanoid androids, which are making their way into daily workflows. However, most people are now getting fear about robots will take their jobs. Undeniably, they will eliminate many jobs as they never get tired and work without taking any break, and also outperform humans. Even reports show that there will be millions of job losses around the world in the coming years owing to the rapid adoption of robots over human workers. Despite this, they will create more job opportunities across industries.

Robots Coming to a Workplace Near You

An increasingly sophisticated cohort of robots is proving capable of performing a wide array of tasks, from helping the elderly to cleaning home and office floors, and flipping burgers to performing complex surgery. Moreover, tasks in a predictable environment, such as a fast-food restaurant or a factory assembly line, and basic data processing like tracking payroll accounting, could also easily be automated with the help of robots and software available now.

They are even managing software developers, supervising their clicks and scrolls, and curtailing their pay if they work too slowly. Modern robots are also capable of listening to call center workers, recommending them what and how to respond to customers, and keeping them continually, extremely busy. The use of robots can exponentially benefit health facilities, which require more precision and efficiency. They could impact a large area of healthcare practices, including surgery, rehabilitation, therapy, and mental health. They are also able to transport supplies and medications seamlessly.

The food manufacturing industry also seeks automation as its tasks are mostly physical and repetitive. Robots in this sector are commonly used in the provisioning, feed placement, cutting, packaging or casing of food, pick-and-place products into containers, and sorting. They can also perform in areas of order picking and delivery to customers’ doorsteps, as well as automatically fill specific orders.

Robots typically are equipped with intelligent vision systems allowing the very specific placement of products on a belt to be done with incredible precision. The rising cost of raw materials and new minimum wage requirements are enabling restaurants to turn to robots in order to make tasks more uniform and efficient.

In other industries including agriculture, where robots are significantly redefining a new age of farming. They are able to augment production yields for agriculturists in various ways. Robotics applications in agriculture can automate slow, repetitive, tedious and dull tasks for farmers, powering them to focus more on improving overall production yields.

Thus, such kind of tasks that are previously done by humans are more susceptible to automation. Meanwhile, there are some industries such as education and healthcare that still require deep human expertise and interpersonal skills.

Finding Place in a Robotic World

Obviously, robots and AI perform tasks better than humans do. But they still are incompetent of experiencing certain qualitative human traits. They can never be as creative as humans are. Robots can only perform tasks they are programmed to do without experiencing fatigue, with little or no mistakes. In order to make a career robot-proof, there is a need to think less about picking a safe job and more about constantly updating your skills throughout the career.

Sustaining and understanding how machines function and how to interact with them, a person should require to have the technical ability. In the near future, machines will step into roles once absorbed by humans as robotics become ever more capable. In this scenario, some employees will find themselves at risk, while others will work with machines. Those who plan to enter the workforce that can be adaptable and automated with robots need to have skills and continue educating themselves by modern degrees with traditional advanced courses.

The World Economic Forum suggests many white-collar jobs, including accounting, will be at risk from future automation, while the OECD cites low-skilled jobs will be most vulnerable and there will still be a strong correlation between education and income. Therefore, as technology landscape and skills become outmoded faster than ever, professionals must keep themselves up-to-date with the latest skills and knowledge to remain competitive.

The post Robots Set to Transform the World but will not Take Over Human Jobs appeared first on Analytics Insight.