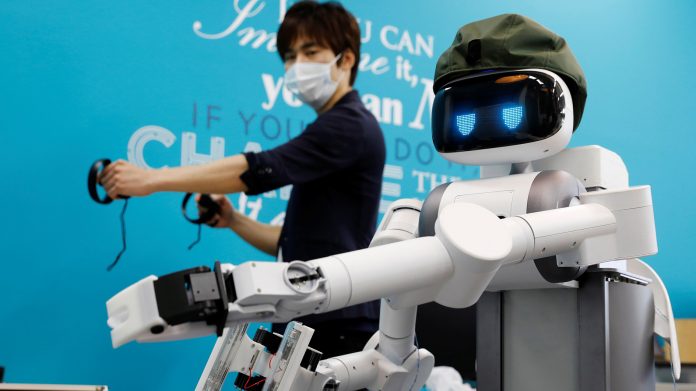 Is your job at risk of being replaced by robots and artificial intelligence (AI) in the next 10 years?

AI powered Robotics has firmly established its reigns in the workplace, and many businesses have benefited from this rapidly evolving technology. The tedious, repetitive tasks which includes data entry and scheduling have now been streamlined.

According to economic forecast company Oxford Economics (OE), by 2030, robots will displace 20 million manufacturing jobs worldwide. The 20 million number represents 8.5% of the global manufacturing workforce. Analytics Insights compiles a list of 10 jobs that are under constant threat in the next decade with the advent of Robotics:

Telemarketers will be replaced by robots who would receive automated phone calls which are highly routine, repetitive, and predictable. Besides, receptionists are also expected to be replaced by robots. In fact, automated robots are already deployed in the hospitality industry to provide information, front desk services, storage services, as well as check-in and check-out services.

Robots will take over sewing, and assembling of clothes in factory assembly lines that are characterised by high volume production. One of the largest global takeovers the job of seamstress, where many companies are spending significant sums to train robots to operate sewing machines.

Another white-collar job, is the legal profession, which is at the ultimate risk to be replaced by robots and AI. The infusion of AI and Robotics helps legal professionals to spend much less time on tedious manual processes, such as reviewing and creating contracts, as well as identifying and classifying key clauses and other information from thousands of legal documents. This will further help the legal industry increase efficiency and save clients’ money, but this move could also mean job cuts.

The coronavirus pandemic has not only reinvented the current market, it is shaping the way it will look for many years to come. With everything from innovations in healthcare technology to social interaction protocols, the virus spared nothing in the public or commercial space.

The job at the janitors have now become a higher risk and using robots to handle the disinfection and cleaning of shared-environments and materials is not only a better option for the public health, but it is a perfect example what robots are made for dirty, dangerous, and dull work processes

Right now, self-driving disinfectant robots are being used in Chinese hospitals to combat the coronavirus while an MIT team, in collaboration with the Greater Boston Food Bank and Ava Robotics, developed a robotic system to disinfect surfaces using a UVC light that’s built into the base of a mobile robot.

Among many other jobs, taxi drivers are highly likely going to be replaced by robots. There are already self-driving cars, also known as driverless cars on the road and it is just a matter of time before fully autonomous vehicles take over public transportation. Through advanced technology, it is also expected to transform many other modes of transportation such as trucks, tractors, ships, trains, and construction equipment.

While millions of transportation workers will lose their jobs through this new technology, there will be a positive impact as well. Driverless cars will come with the possibility of less expensive and convenient transport and will also help the poor, elderly and disabled have access to get around with its own smart user-friendly service.

Arnold Kravitz, Chief Technology Officer at the Advanced Robotics for Manufacturing (ARM) in Pittsburgh, said heavy lifting performed by humans or teams using manual labour, mechanical and hydraulic lifts, pallet hand trucks, and forklifts will soon be done by robots. Besides they will also perform freight movement of boxes, crates, packages, and bulk items involves repetitive motion and subsequent lower back problems with a high frequency of injury.

Believe or not, one of the highly skilled professions like doctors can even be replaced by robots. Using its algorithms, IBM’s Watson AI is transforming healthcare by recommending the same best cancer treatment as doctors. Although there are still many arguments between doctors and robots in the medical service, one thing we can be sure of is AI and machine learning algorithms help doctors with effective data collection and analysis. However, there’s no doubt that cutting edge technology will have a big impact on medical services such as robots carrying out surgery.

Robots are being introduced to many restaurants for their endless energy to perform different tasks such as learning recipes, cooking, and cleaning up the mess. With the help of this new technology, restaurants can save on high labour cost and at the same time, provide the best and efficient service to customers by lowering waiting time. However, considering the highly sophisticated and creative level of work required in the culinary industry, it still seems to be limited to replace robot chefs from the human chef.

AI is already finding its way into high-end bars. For instance, a robotic bar can be found aboard Royal Caribbean’s cruise ship Anthem of the Seas. Clients place orders on a tablet and the robotic arms can create any cocktail upon request.

Paradise Entertainment and Hanson Robotics have successfully launched robotic card dealers in Hong Kong and are currently marketing products in the United States. Named “Min,” Paradise Entertainment’s robot only has the ability to deal cards at the present time. Hanson Robotics’ product, on the other hand, is more interactive and has the ability to make facial expressions. The transition to robotic dealers is inevitable in the United States, where casino profits are down due to online gaming and increased supply of gaming opportunities driven by a growing number of states legalizing gambling.

The post Robots are Coming- Top 10 Jobs in Threat of a Robotics Takeover appeared first on Analytics Insight.