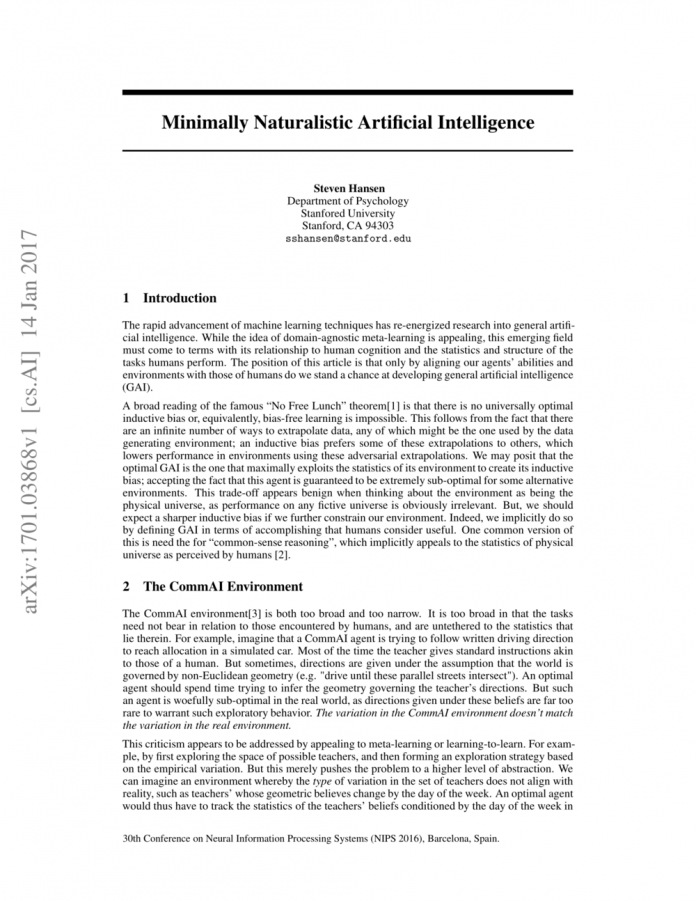 The rapid advancement of machine learning techniques has re-energized research into general artificial intelligence. While the idea of domain-agnostic meta-learning is appealing, this emerging field must come to terms with its relationship to human cognition and the statistics and structure of the tasks humans perform. The position of this article is that only by aligning our agents’ abilities and environments with those of humans do we stand a chance at developing general artificial intelligence (GAI). A broad reading of the famous ‘No Free Lunch’ theorem is that there is no universally optimal inductive bias or, equivalently, bias-free learning is impossible. This follows from the fact that there are an infinite number of ways to extrapolate data, any of which might be the one used by the data generating environment; an inductive bias prefers some of these extrapolations to others, which lowers performance in environments using these adversarial extrapolations. We may posit that the optimal GAI is the one that maximally exploits the statistics of its environment to create its inductive bias; accepting the fact that this agent is guaranteed to be extremely sub-optimal for some alternative environments. This trade-off appears benign when thinking about the environment as being the physical universe, as performance on any fictive universe is obviously irrelevant. But, we should expect a sharper inductive bias if we further constrain our environment. Indeed, we implicitly do so by defining GAI in terms of accomplishing that humans consider useful. One common version of this is need the for ‘common-sense reasoning’, which implicitly appeals to the statistics of physical universe as perceived by humans. 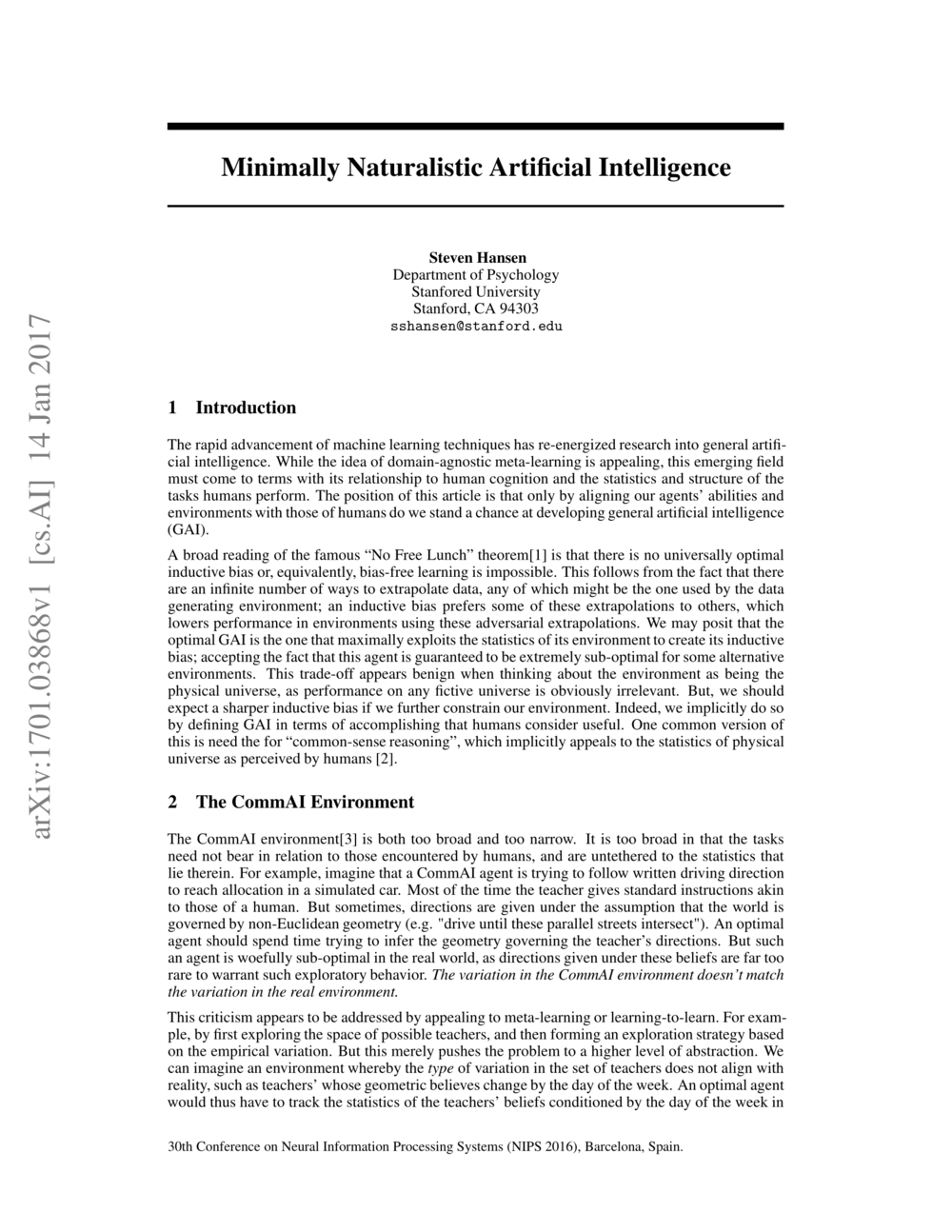 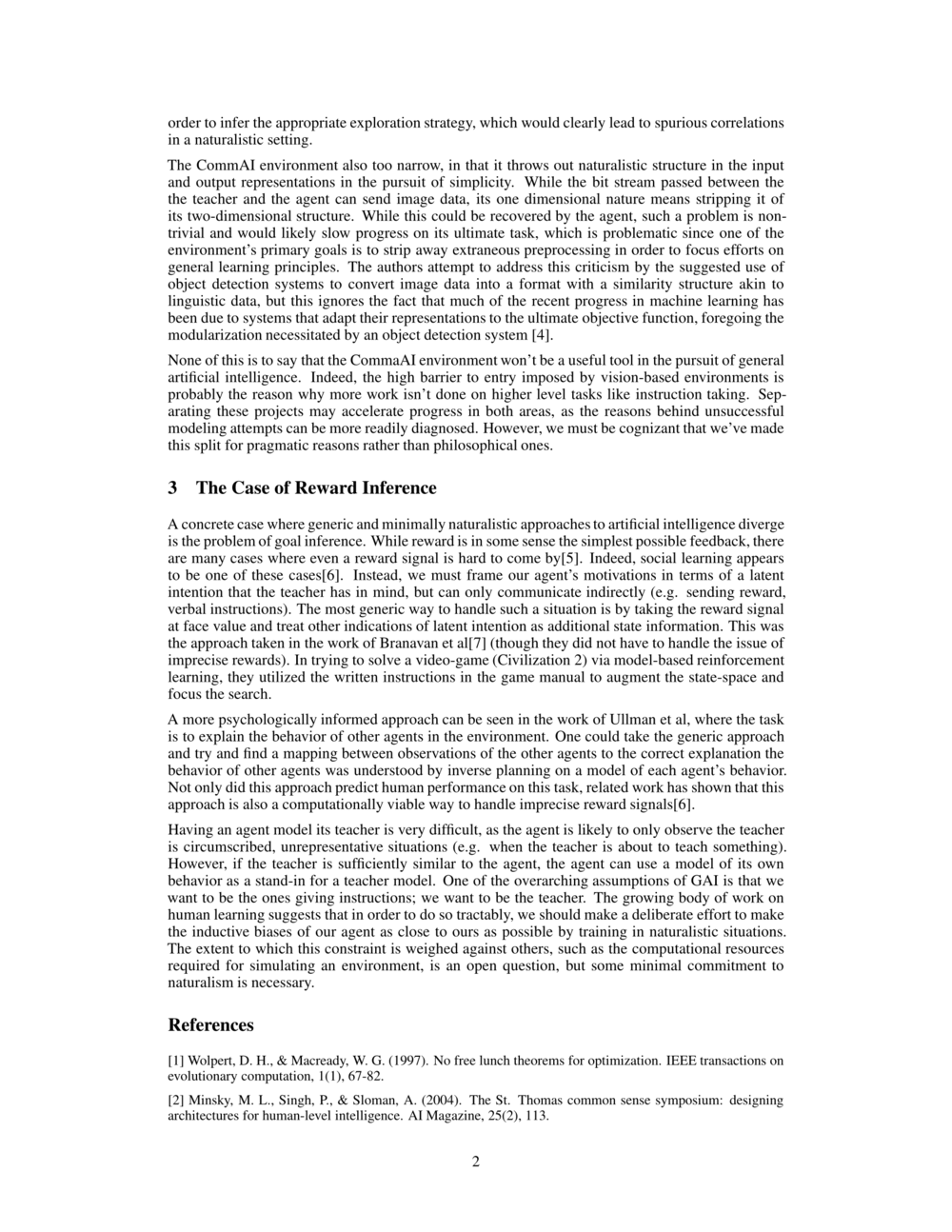 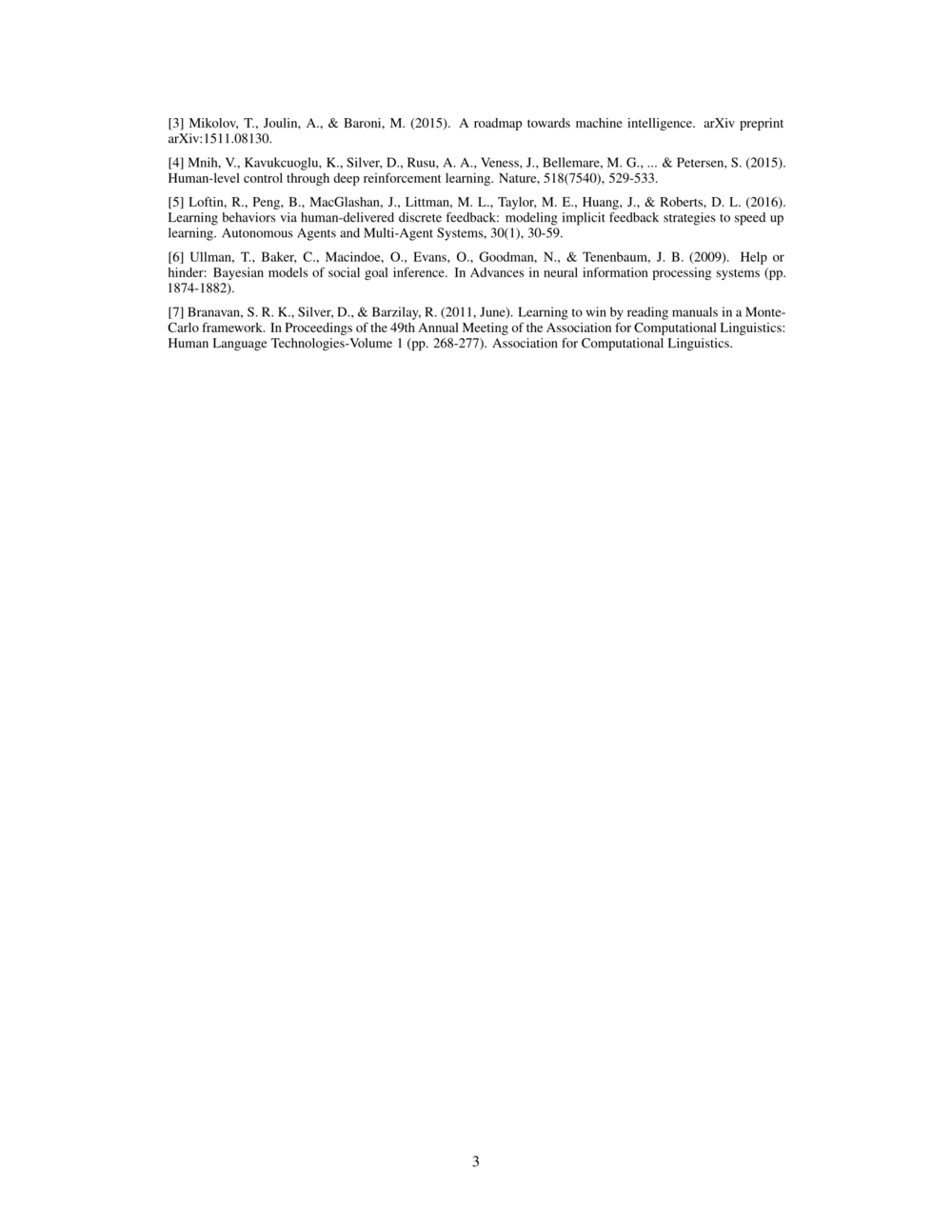