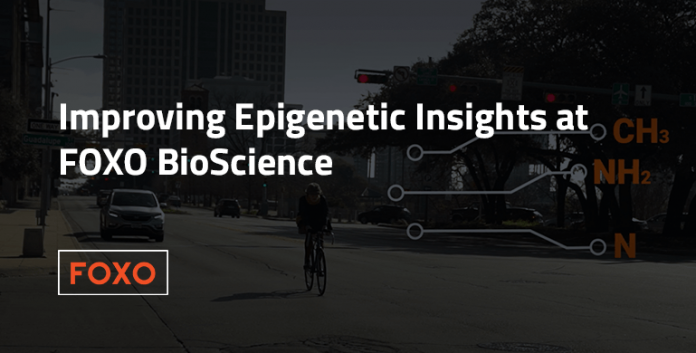 Epigenetics, the study of how genes express themselves, is a growing field rich with potential. A common metaphor to understand how epigenetics differs from genetics is to think of a human genome as a family recipe book, where your DNA is the recipe. Epigenetics are all of the notes written in the margins making tweaks to the recipe, changing the expression of the original instructions.

You can also think of epigenetics in terms of music. Brain Chen, Chief Science Officer at FOXO BioScience, describes it like this:

“Who is a famous classical musician? Mozart. If I took one of Mozart’s written pieces and tried to play that versus Mozart himself playing it, it would be two different songs. It’s the expression of the written song that matters.”

FOXO is a company pioneering the discovery, development and integration of epigenetic biomarkers, specifically for the longevity insurance industry. Their mission is to better understand the science behind aging, and what affect the epigenome has on aging, in order to solve the root cause of various diseases typically brought on by old age.

“We’re trying to build hundreds of prediction models,” said Chief Data Scientist Randy Olson. “We were really limited in the number we could create before DataRobot came around…DataRobot was hugely instrumental in bringing its automated machine learning platform to bear for us.”

Learn more about how FOXO BioScience is using data science to uncover mysteries about the human epigenome:

Free Trial
Take DataRobot for a spin (for free!)