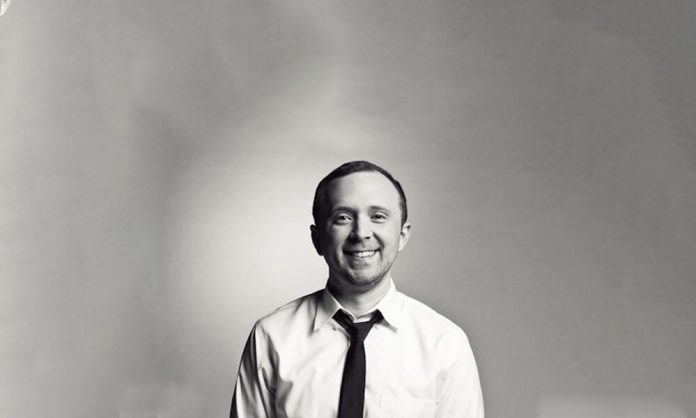 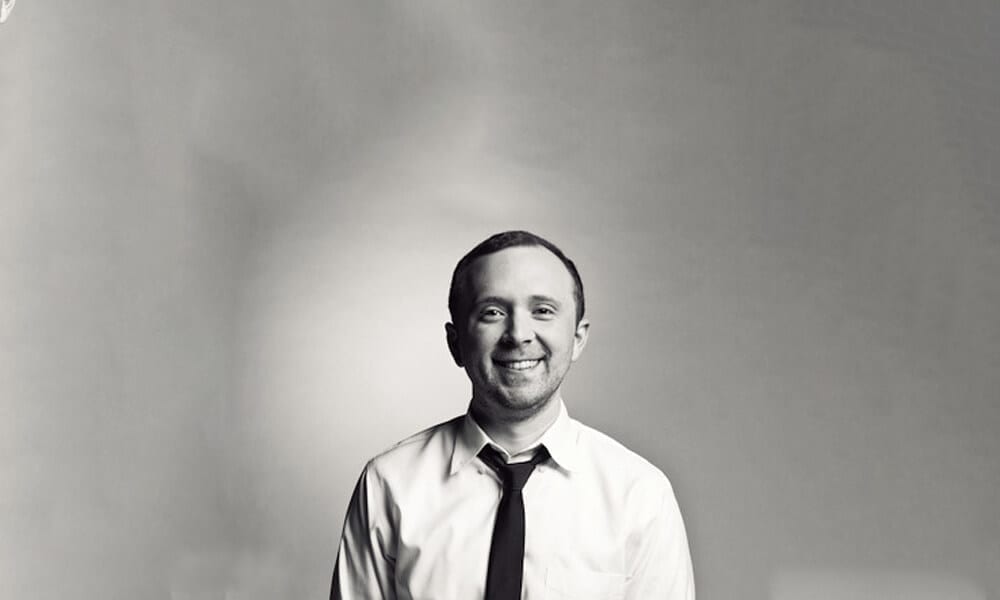 About six months ago, Eddie Kirkland was itching to make a change in his life.

At that point, he says, he’d taken “a really strange career path.” His degrees were in management and theology. His resume consisted of nonprofit work, quite a bit of time as a working musician, and most recently six years as the head priest at a church.

Back in college, Eddie remembered, he’d enjoyed his study of statistics. So he started looking into statistics-related careers. “Lo and behold,” he says, “[I found that] there’s this massive data science world that has opened up since I left.”

“As I started exploring it, I thought ‘I think I have enough of a foundation to kind of understand the concepts.’ There’s a lot of skills that I knew I needed. [But] even though my degree is in management and my graduate degree is in theology, I think I might actually be able to make a really cool path here with some online learning.”

He also knew that he had an unusual opportunity. Having taken a sabbatical, he had some time off from full-time work. “I thought to myself, I’m never going to have this chance again,” he says. “If I’m going to quit my job and change career paths, I need to know if this is really what I want.”

When he started looking for the best data science MOOCs and online courses, “Dataquest came up as one of the top results.” But having no experience with programming, he still wasn’t sure how he’d feel about the programming-heavy curriculum.

“I basically went into it thinking okay, I’m going to try this and I’m just going to see,” he says. “It sounds fun, but it could be terrible, so let me try it and see if I still like it a month from now.”

And because Dataquest offers a lot of free content, trying it was easy. “I loved that there were a few free modules that kind of helped me get my feet wet,” Eddie says.

It wasn’t long after getting his feet wet that Eddie was diving in head-first. “Within the first month and a half I had purchased the full version and I was up ‘till 2 in the morning doing Python code and just loving it. Like absolutely loving it. Nobody is making me do it. It’s all on my own time, and I just really, really loved it.”

I was up ‘till 2 in the morning doing Python code and just loving it.

“The thing I really liked, that set [Dataquest] apart for me,” he says, “is that it’s text-based instead of video-based. Reading the text, seeing the examples, and then having to actually code it yourself was really, really helpful.”

He also liked that Dataquest’s path structure laid out a logical sequence of courses for him, and forced him to apply and reapply what he was learning at each step along the way. “That’s where I think the Dataquest stuff was really helpful,” he says. “It gave me a very clear pathway of hands-on learning.”

It wasn’t all, smooth sailing, of course. Learning programming can be frustrating, especially at first, and Dataquest challenges learners to start building real projects early in their learning journey. At one point, Eddie laughs, “I wanted to throw my computer through a wall.” Another time working on a guided project, he says, “I spent all day, like an eight hour day at a Starbucks, trying to get through one cell that just wouldn’t run.”

In the long run, though, the struggle was worth it: “[Working on those projects] helped me gain the confidence to know: ‘Okay, I can actually do this stuff.’”

With so much free time to dedicate to his studies, Eddie worked through our curriculum with incredible speed. He finished our entire Data Analyst in Python path in two months, and reached the end of the Data Scientist path a month later.

Then it was time to start looking for a job.

“My first thought was, ‘Okay, it’s probably going to be easier for me to get a first job in this industry as an analyst, not as a full-blown data scientist,’” Eddie says.

But he knew the first thing he needed to do was reach out and make some connections, while building some portfolio projects that would be relevant to the companies in his area. He reached out to friends with small businesses, told them that he’d been learning data science, and asked if they had any data he could help them analyze for free.

“Because of the [Dataquest] guided projects that I had done,” Eddie says, when a friend gave him a data set to work with, “I had a basic workflow. I knew how to approach it and attack it, instead of having to go back through video learning courses and just constantly search StackOverflow for stuff. I had a framework that I had already worked through, which gave me the confidence to say ‘Okay, I’ll take a shot at it.’”

“I think Dataquest is extremely helpful, he says, “not because I can put it on a resume but because of the confidence that it’s given me to walk into a room and go: ‘I don’t know everything, but I do know some things, and I know enough to put a hand in and start helping.’”

Still, when a series of connections led to a potential role as a data engineer, Eddie was hesitant. “At first I thought, ‘No way, it’s just not possible. I can’t do this stuff.” (Dataquest does offer a Data Engineering path, but Eddie hadn’t worked through it).

He took the meeting anyway. “I went in and talked to them and then they gave me a practice assessment,” he says. “Instantly I could see: this is the SQL stuff that I learned. There’s a lot of the data cleansing stuff here that I’ve got to do, and it’s about doing joins and Python. It’s about all the stuff that I had learned from that data analyst course.” 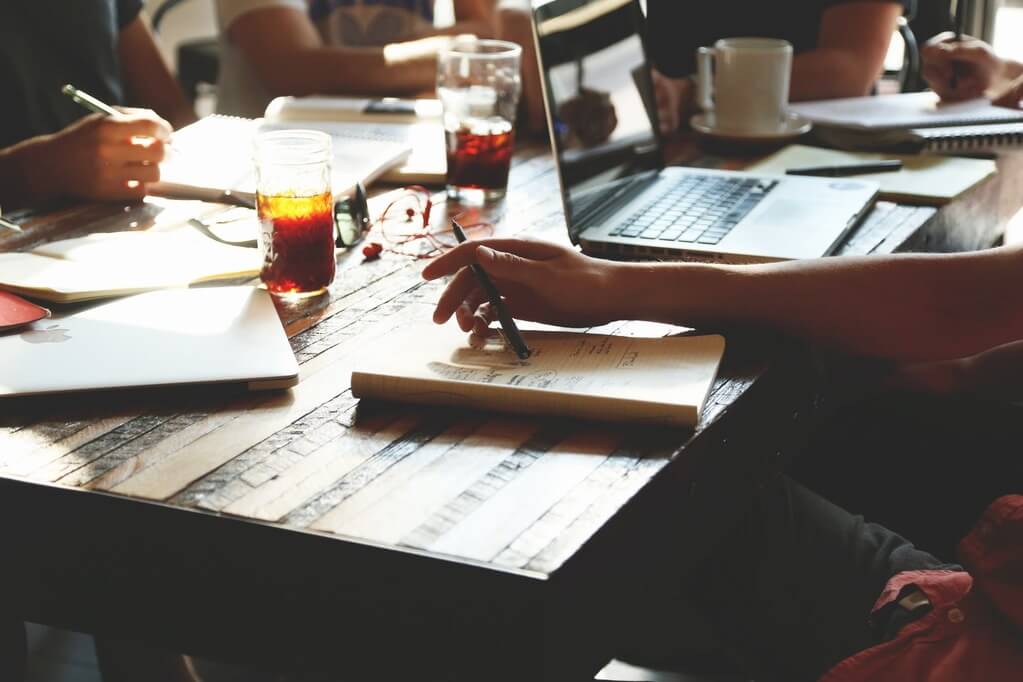 Eddie wasn’t sure whether he could do the work of a data engineer, but he still took the meeting.

By the time he finished the assessment, he says, he had realized: “I think I might be able to at least get started in this. I don’t know as much as the people that are doing it, but I don’t know nothing. I know some things from this [Dataquest] course that really helped a lot.”

His new employers agreed, and Eddie is now working as a full-time data engineer.

He also says he appreciates how much of Dataquest’s curriculum was focused on data cleansing, which is now a big part of his job.

As a new data engineer, Eddie can’t just rely on what he already knows. He’s also learning new skills and tools. “It’s just coming a lot quicker than I thought it would, and I think it’s because I have had so much exposure doing the hands-on coding and learning through the [Dataquest] program.”

Most importantly, Eddie is happy. “It’s such a big change,” he says of his new career, “but I really love it […] Helping people make informed decisions with the information that you can give them — I really, really love it.”

When we asked Eddie what advice he might give to other Dataquest learners, his first thought was to offer encouragement. “You really can do this,” he says, “You just have to stick with it and you have to be diligent.”

“About a month and a half ago, I remember sitting in my living room. I was on my phone and I pulled up the Dataquest website and was reading testimonials from people who have gotten jobs. It made me think: ‘Don’t get discouraged. This is going to take time, but it’s possible and it can happen.’”

The first time I ran a model on the computer I was doing a little dance, going, This is so cool!

Beyond sticking with the program and staying positive, Eddie also recommends centering your job search around genuine, in-person connections. “Meet people and just connect in your world,” he says. “It seems to me the best strategy has been not saying ‘I need a job’ and instead saying ‘Hey, I’m very interested in data science. Can we just get together? I want to know what you do.’”

“It’s not been job posting boards. It’s not been all that other stuff. It’s just been one-on-one conversations with people that are already in the field.”

Eddie also recommended the book Designing Your Life. “It’s basically taking product design thinking and methodology and applying it to life change and saying, how can I approach my career almost like I’m building a product, where you’re going to build and iterate tests.” There’s a chapter on iterating on career conversations, Eddie says, and “a script of how to have the conversation about, ‘Hey, would there be any steps for somebody like me to get involved in an organization like this?’ as opposed to saying ‘I really need a job.’”

Finally, Eddie says, don’t be discouraged if you’re finding your studies very challenging, particularly at first, and don’t be intimidated by the complexity that lies ahead. “To me, the hardest part of the whole course was the data cleansing at the beginning. I guess it’s partially because Python was so new for me and coding in general was so new, but that was the part that was super hard.”

“Once I made it to the machine learning stuff it was actually decently easy compared to that earlier stuff,” he says, “Which was really cool, because I had seen it on the horizon for a while and it was like ‘Oh, man, I’m never going to make it through that. You know, you’d see artificial intelligence and how all that works, and you think there’s no way. That’s going to take me months.”

“But then once you get there,” he says, You understand the syntax and you understand how these objects are supposed to work, and then it’s just like pressing run and letting it go, which is really fun. The first time I ran a model on the computer I was doing a little dance, going, ‘This is so cool!’ It’s fun, and it’s something to look forward to rather than something to dread.”

The post From Priest to Data Engineer in Six Months: How Dataquest Helped Eddie appeared first on Dataquest.