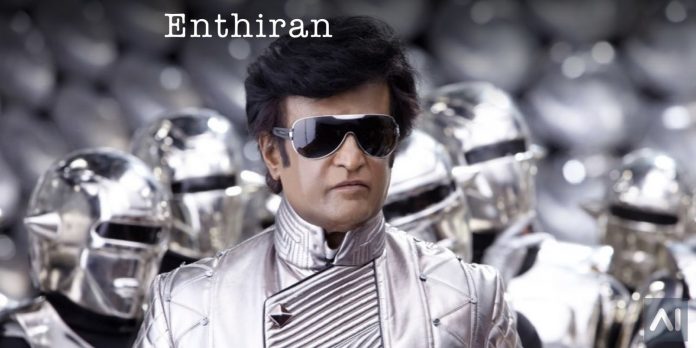 Enthiran (English: Robot) is a 2010 Indian Tamil-language science fiction film directed by S. Shankar and co-written by him along with Sujatha Rangarajan. The film stars Rajinikanth and Aishwarya Rai in lead roles; Danny Denzongpa, Santhanam and Karunas play supporting roles. The soundtrack album and background score were composed by A. R. Rahman.

The story revolves around the struggle of scientist Vaseegaran (played by Rajinikanth) to control his creation, an android named Chitti (also played by Rajinikanth), after Chitti’s software is upgraded to give it the ability to comprehend and exhibit human emotions. The project backfires when the robot falls in love with the scientist’s girlfriend (Rai) and is manipulated by Bohra (Denzongpa), a rival scientist, into becoming homicidal.