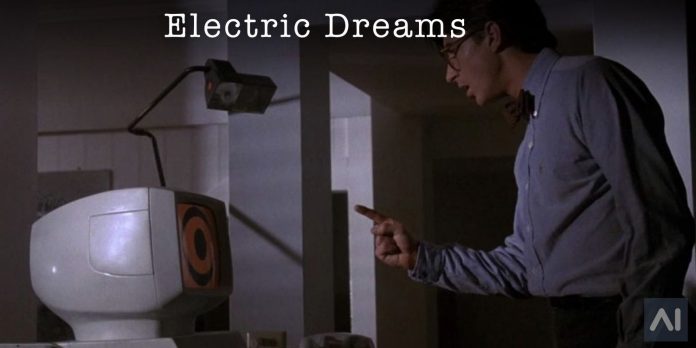 Electric Dreams is a 1984 American-British science fiction romantic comedy film set in San Francisco, California, that depicts a love triangle between a man, a woman and a personal computer. It stars Lenny Von Dohlen, Virginia Madsen, Maxwell Caulfield, and the voice of Bud Cort and was directed by Steve Barron.

Miles buys himself a state-of-the-art computer that starts expressing thoughts and emotions after a having champagne spilt down on him. Things start getting out of hand when both Miles and Edgar, how the computer calls himself, fall in love with Madeline, an attractive neighbour. [Robert Zeithammel]